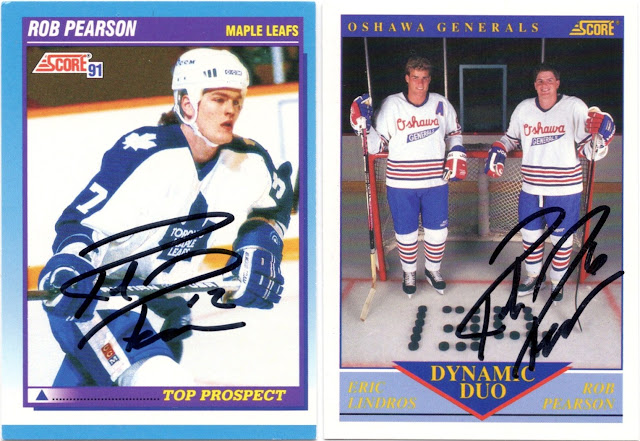 Notes:
Rob Pearson was Eric Lindros' sidekick for the Oshawa Generals junior hockey team in 1990-91.  Lindros led the OHL that year with 149 points and Pearson added 118.  The "134" written in pucks on the photo is representative of their combined goal totals for the year -- 71 for Lindros and 63 for Pearson.  Rob was a first round pick by the Toronto Maple Leafs and had a stellar sophomore season in 1992-93 with 23 goals and 211 penalty minutes.  That would be his NHL peak, though, as he scored just 19 more goals over parts of the next four seasons.
Posted by Daniel Cote at 9:36 PM