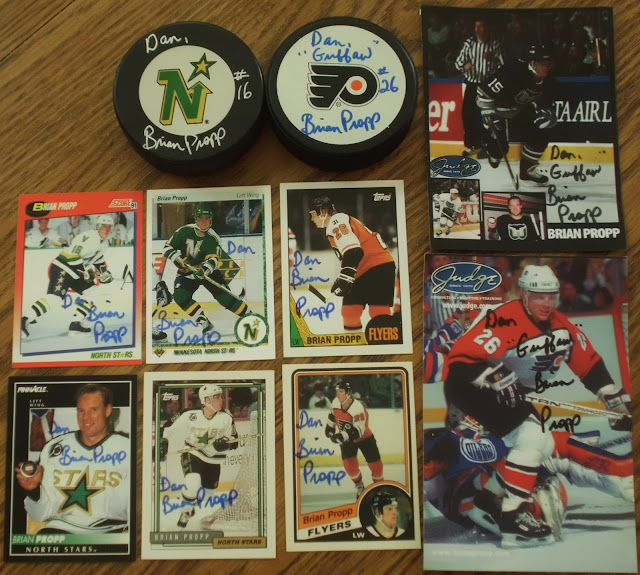 Notes:
Collectors have varied opinions on how many items is too many to send in an autograph request, so I'll preface this incredible return from Brian Propp by stating that after interviewing him for my Minnesota North Stars blog I asked for permission to send a puck and a few cards.  He gave me the thumbs up to send anything.  In addition to signing all of my stuff, he added his own Philadelphia Flyers logo puck and two photos.  Very cool return.  (Be sure to read the interview!)
Posted by Daniel Cote at 10:34 PM