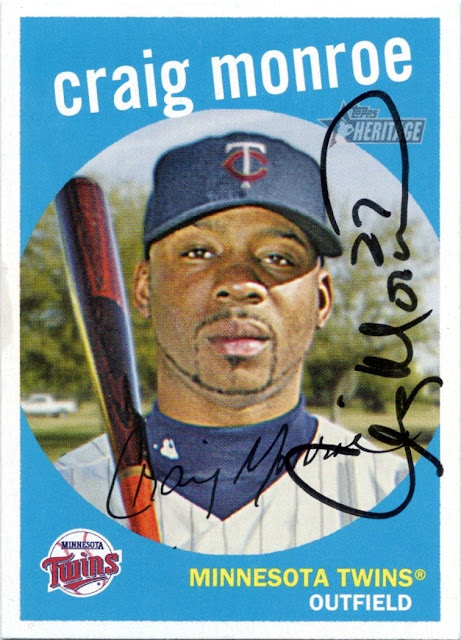 Monroe was a notorious Twins killer (.321 with 13 homers and 48 RBI in 80 career games against them), so the Twins brought him in the next year to help provide some right-handed outfield power following Torii Hunter's departure.  He did hit eight home runs in a part-time role, but struggled to keep his average above .200.
Posted by Daniel Cote at 10:58 PM